Publishes "Economic Nightmare of India: Its Cause and Cure" 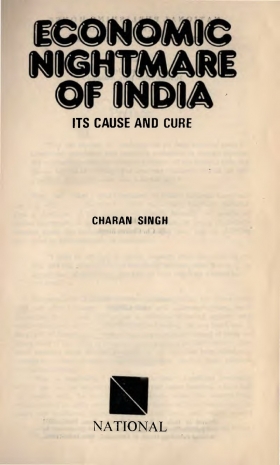 Publishes Economic Nightmare of India: Its Cause and Cure.

“He was exceptional, secondly, in producing a substantial corpus of written work, between 1947 and 1986 which contained a coherent and elaborate set of ideas, encompassing a vision of the nature of rural India and of the road that rural India might best take. He was a genuinely productive intellectual, who distilled in his writing a potent mixture of analysis and prescription. That, too, would merit close attention from the political economist interested in the agrarian question, even in the absence of an active political career. But, thirdly, he possessed a special distinctiveness, in combining a capacity for political action with intellectual activity and facility in conveying ideas.” Terence Byres (1988) Charan Singh, 1902–87: An Assessment, The Journal of Peasant Studies, 15:2, 139-189)